Off late I had been fascinated by the different monasteries that are there in our country. This interest of mine came about after I started reading some Buddhist History in India. It made me realize that history was Buddhism is so rich in India, that it is truly surprising that religion is more popular elsewhere than in India itself. The birth of Buddhism was in India itself, but seeing the situation now, it seems that India has long forgotten that part of its past and moved on. I, on the other hand, was determined to unearth that past by learning as much as I could from the various monasteries that still exist proudly in India.

This search led me to the Yiga Choeling Monastery of Ghoom, which is one of the oldest Tibetan Monastery in India. The monastery is in Darjeeling and was built in 1850.

As I reached Darjeeling I realised that there are two monasteries which are known as the Ghoom Monastery. The Yiga Choeling Monastery is the old Ghoom monastery and is located a little out of town, and the other one is called Samten Choling Monastery.

My heart was set on visiting the Yiga Choeling Monastery, so I hired a private vehicle and embarked on my way

The monastery is about 7km from Darjeeling and is located at an altitude of 7,407ft.

Throughout this small journey, my driver enlightened me with some facts about the monastery. The monastery was built by Lama Sherab Gyatso in 1850. He was an astrologer also and continued to be the head of the monastery from 1850 to 1905. The monastery now belongs to the Yellow Hat sect also known as the Gelupka.

As I finally reached my destination, I got off my vehicle and walk towards to monastery. The first thing that struck me as I entered the monastery was the gigantic 15 foot Buddha statue that stared at me with coming eyes. This is known as Maitreya Buddha or the Gyalwa Shampa which means the Buddha of the future or the Coming Buddha. The statue was built in Tibet with clay. It is one of the biggest and oldest statues of the Lord, that Darjeeling has. There are two beautiful lamps yay are placed next to the statue. These lamps add to the allure and grandeur. The huge oils lamps must be kept burning all day and night throughout the year.

The interior of the monastery is decorated with the followers of Buddha, and the deities of Buddha. The statues and images are absolutely beautiful and very lifelike.

As I walked further inside, trying to engulf both the spirituality and the history of this place, I came across a massive collection of Buddha’s manuscripts. This collection includes a 108-volume Kangyur – The Tibetan Buddhist Gospel.

After this breathtaking tour of the monastery, I was enticed to go and peak outside. The views from this place are absolutely mesmerising. The mighty Kanchenjunga stands tall with its snowy peaks, and it overlooks the tiny town of Darjeeling. The whole atmosphere is magical- Kanchenjunga on one side and a little monastery on the other. There are also several sitting areas along the edges.

The monastery is located only half an hour away from the main town of Darjeeling. It is easily accessible by car and the roads are well built.

From Ghoom railway station it is a 10-12 minutes’ walk 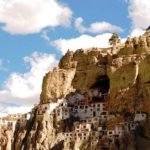 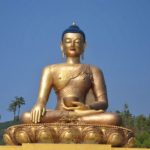 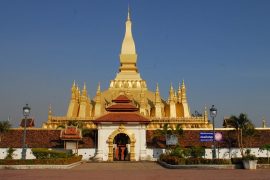 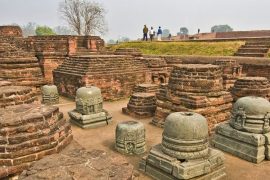 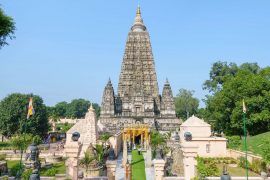