Many people who hear the name Ratnagiri don’t know much about it except that it is a port city located on the Arabian Sea coast in the very well-known Ratnagiri district. This is in the southwestern part of Maharashtra, India. Ratnagiri is bordered by the Sahyadri Mountains to the east. Apart from this fact, the name is associated with valleys that produce rice, coconuts, cashew nuts, and fruits in an enormous scale. After this there are very sketchy details about the whole district however thanks to some work that was done that took some time. The work culminated with some findings that changed the history of the place and added impact to the name, Ratnagiri. Recently there was some excavation work that came to give the name, Ratnagiri some fame that couldn’t be imagined before. There is a whole area that is given the name Ratnagiri and it comes with so much greatness. The Ratnagiri that we refer to here is the one which is constantly keeps on Increasing the section of Buddhist tour in India.

Ratnagiriis a site found in the Odisha region and it is among the three sites known to have the largest concentration of Buddhist remains. Together with some other two sites, Udayagiri, and Lalitagiri they form what is referred to as the “Diamond Triangle”. These sites contain monasteries, temples, shrines, stupas, and sculptures of Buddhist images. They are all situated in areas which are hilly and fertile, they give very nice views for shooting pictures or even movies. Above all they are extra ordinarily quiet and give very peaceful environments for monastery activities like meditation and many others. 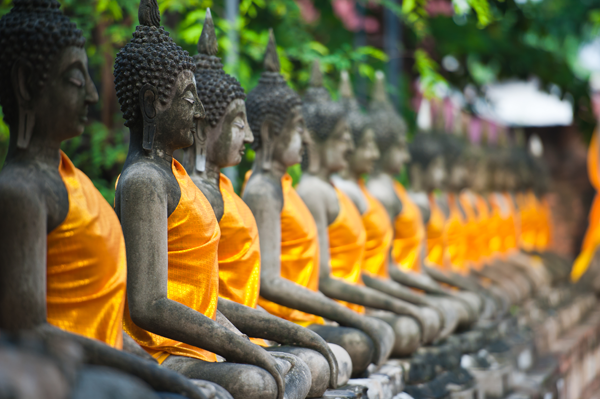 Ratnagiri which means “Hill of Jewels”, boasts of the largest Buddhist ruins in the Odisha region which is very significant as a Buddhist site.It magnificently fulfills its two functions which make it a very unique site, first of all the sculptures which it has are immense and secondly the peaceful environment makes it ideal as a center for Buddhist teachings. Its strategic position secured it from invaders and a wonderful isolation to the monk who needed proper concentration in meditation. Ratnagiri is attributed to have hosted one of the first Buddhist universities in the world with no other Buddhist university beating it except the famous other one at Nalanda in Bihar state.

The history of the Buddhist site located in Ratnagiri goes back a long way to the 6th century CE. The Mahayana Buddhists occupied the site in the beginning, a time when Buddhism seems to have flourished due to the revelations from the numerous excavations that have been performed.The activities of the Mahayana Buddhists went unhindered up to the 8th century when the Tantic Buddhists took over. The Tantic Buddhists maintained their presence here up to the 9th century when they went into oblivion. However the site continued to play its maiden role until the 12th century when there was a permanent change which left none of the pioneers present there.

The Ratnagiri site went completely silent and many centuries passed before its discovery which is as recent asin 1905. After its discovery, there was an extra ordinary pause before work began again between 1958 and 1961 with excavations revealing a colossal amount of stupa, monasteries, shrines, abundant votive stupas. The excavations revealed so much that the work was so much applauded by the Buddhists. The site was full of views to keep the eye busy for as long as possible, from terracotta to stone sculptures to architectural fragments, and much more. There were also lavish Buddhist antiquities including but not limited to bronze, copper and brass objects.

Gigantic stone sculptures of the head of Lord Buddha continue to be maintained at Ratnagiri are very conspicuous and very attractive both physically to many and spiritually to the few selected Buddhists. Heads of various sizes in the excess of two dozens, reflecting the quiet meditative appearance of Buddha, were the result of the excavations. They are definitely fine, beautiful pieces of works of art.

What the Ratnagiri site offers from inside is so magnificent that many tourists remain fascinated for long moments. There are two monasteries and the larger one welcomes you through an intricately curved door frame that goes straight to an open courtyard. The courtyard has a giant statue of Buddha in its rear position. The Buddha statue is in a bhumisparsha posture.  Besides the Buddha statue there are statues of Padmapani and Vajrapani on either side. The artifacts collected from the excavation decorate the entire courtyard leaving it stunningly beautiful.

The second monastery is much smaller in size not as beautiful as the larger monastery. Nevertheless, it has that uniqueness that makes you to want to stay for as long as possible. Once you are done with the inside, there is a lot of activity outside as well. There is a giant stupa sitting on the hill top which gives a kind of aerial view of the Odisha rural village.Several smaller stupas surround the giant stupa which creates a feeling that glues somebody without an intention of ever moving out of there.

These very important collections that mean so much to the Buddhists have kept the Indian government on toes in a bid to preserve what is really ancient and at the same time add value to a religion which is as old as the findings or even older. Ratnagiri continues to gain fame as more and more tourists make their way there to catch a glimpse of the area plus enjoying the cool environment that it presents. The monks stay put there and they momentarily forget about all the glamour of the world. Tourism has in the recent times really flourished in Ratnagiri and there is a general spill of benefits to its environs thanks to this marvelous work that once caused some folks sleepless nights. There is a lot that this site offers that keeps people coming and continuing to come or convince others to come.

For information about Buddhism visit: The Land of Buddha. 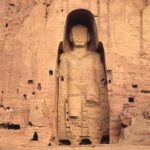 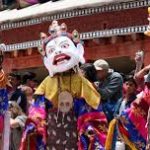