If you think that Ladakh is only a religious place where a number of monasteries are there and Buddhist monks live, your notion is completely wrong. It is true that this place is tucked in the Himalayas and the altitude of this place keeps it protected from the din as well as turmoil of the so-called urban culture. But, during the Ladakh festival that is held annually, people from all parts of the world throng this place. This is a colorful festival that showcases the rich culture and tradition of Ladakh to the whole world.

As soon as summer season begins, people start trickling into Ladakh. The sun will be bright and shining as if it is beckoning and welcoming the festivities that are round the corner. People from the nearby villages start coming to the place to take part in the festival. Tourists from all parts of the world choose this season for visiting Ladakh because they can not only enjoy the festivities but, can enjoy the season also. So, once the festival comes to an end, they continue to stay there, enjoy the beauty of the mountain ranges and go for trekking or biking trails. There is no wonder Ladakh figures on top of the list of every discerning tourist.

The cultural extravaganza of the festival begins in September. The inauguration ceremony itself will be a splendid treat to watch. There will be a huge procession in which cultural troupes of various regions of Ladakh will sing, dance and perform. The procession will showcase the rich cultural heritage of the whole region. The parade will pass through the entire stretch of the city.

How Tourists Will Be Thrilled By The Programs

The artists who perform in the procession will be wearing the traditional outfits and jewelry of the place. Once the colorful procession reaches the Polo grounds, there will be various cultural programs. There will be various types of musical and dance programs during the following days also and these programs include lion and yak dances and concerts of various genres. The visiting crowds can shop to their hearts’ content in the craft stalls that are specially set up for the festival.

Events Held During The Festival

Another popular attraction is the Archery events in which people from all the villages of this region participate to show their bow-and-arrow skills. River rafting that is organized specifically for this festival is also quite popular. Foreign tourists can entertain themselves by witnessing the Ladakh-Festival-Cup Polo tournament that is specially held for the sake of this festival.

Other attractions are the Mask Dances performed by Lamas who belong to the monasteries of Ladakh, various types of traditional dances performed by the cultural troupes of the surrounding villages, exhibitions of Thanka paintings, motorbike and cycle expeditions to Khardung-la, folk songs, various other cultural programs and music concerts. The aim of the mask dances performed by the Lamas of the monasteries is to educate people that good will always prevail over the evil. There will be serving of country liquor during such mask-dance programs. All these programs, events and festivities make this month the best season for visiting Ladakh.

Ladakh is a cold desert but, September will be very much different because the weather will be perfect during this month. That is why tourists from the different corners of the world wish to visit this place during this season. Apart from enjoying the weather and the natural splendor of the place, they can have a great time during these festivities.

Tourists who are food enthusiasts can taste the local cuisines and also various other types of foods that are available during the festival. The local barley beer called Chang will be available in plenty and so, tourists can satiate their desire for entertainment and merriment by enjoying the foods, drinks and programs of the festival.

In a nutshell, the entire region will have a multi-cultural dimension during this season. 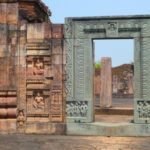 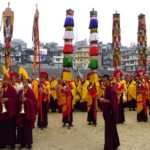